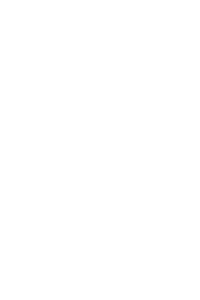 The Rocket Ship: Write about a rocket-ship on its way to the moon or a distant galaxy far, far, away.

Those words had echoed in this mind daily for the last six months, and sitting here now, strapped into the seat of a shuttle based on his design…they couldn’t be more true.

Not too long ago, the technology that he was using today had felt like a distant dream, but now it was his reality. Surrounded by screens full of numbers and equations, he felt oddly at home, which was strange because he couldn’t be further from Earth, he wasn’t even in his native Solar System.

Redd suddenly appeared beside him, he still couldn’t get over how quietly she moved. ‘Professor, I fixed the connector pipes you were worried about. It’s not ideal, but they’ll hold until we reach the landing spot.’

He watched as she turned and struggled into the seat next to him, her tail not fitting comfortably underneath her. He still had to remind himself not to stare.

He looked up to see the questioning expression on her face…he’d been staring.

‘Sorry Redd, I…uh…was lost in my thoughts.’ He cleared his throat, hoping he hadn’t been obvious. ‘Great work on the pipe, when we land, we’ll take them apart and take a look.’

She seemed satisfied as she smiled and turned her attention to her screens and the ships diagnostics system.

A sarcastic voice crackled in over the comms system ‘Buckle up guys and gals, this is your Captain speaking…’

‘Shut up Slick, you ain’t no Captain of mine!’ Another voice interrupted quickly.

‘Grrr…’ A growl echoed loudly over the comms ‘I’ve warned you both, if you don’t cut it out, you’ll be banned from talking.’

The comms were cut and replaced by the sound of Howler slowly making his way down the ship, claws on metal, the sound vibrating around the walls. The muffled sounds of Slick and Bandit bickering still drifted through from the Flight Deck.

‘They won’t learn you know’ he told Howler as he entered the Hold. At 7ft tall, Howler struck the most imposing figure he had ever seen, he wasn’t scared to admit he was still petrified of him, even after their time together. ‘They’re natural born enemies, they’ll never see eye to eye.’

‘I don’t have time to babysit them and their childish ways’ Howler’s voice was deep and gravelly. ‘Besides, Redd here is my natural prey according to your planet…and look how well we get along!’ He grinned and let out a low chuckle, it was meant to be friendly, unnerving as the rows of teeth were. ‘Now, enough talking, prepare for launch.’

Fixing the buckles on his harness, those words popped into his head again…

Author note: This was actually the perfect prompt to write a teaser piece for a project I’ve been planning with my partner Joe. We had this idea a few years ago and it’s on the list of projects to write a full length novel for. I’d love to know what you guys think so please let me know in the comments below or on social media – do you want to read more?

My blog post that started my 365 Writing Prompts journey.

One thought on “7. The Rocket Ship | 365 Days of Creative Writing Prompts”

10 DAY RUNNING CHALLENGE! Thanks @zakiashahanazhussain for tagging me! For the next 10 days, I’ll share photos that show what running has brought to my life and how much it has taught me 😊 ~ I started running in January 2016 when I joined @cheltenham_running_club as part of the Couch to 5k group. ~ Over the last few years, running has brought me so many amazing things, but the thing that I’m most grateful for is how much it helped me to love myself. I stopped seeing my body through a negative lens and started to appreciate my body and be grateful for it. This turned to love and kindness. And even now I’m no longer running (more on that in later posts) I still carry those feelings of love and acceptance 😊 ~ If running has brought something positive to your life, maybe try the 10 day challenge too! Tag me so I can follow 😊
❤️🧡💛💚💙💜💗
Date night with @themajikelone #DateNight
Great atmosphere at the #ClimateStrike today. So proud of our young people for making their voices heard. It was great to see some local businesses had closed to let employees join the strike, a shame that more didn’t follow suit. #climatestrikecheltenham
🌍 #ClimateStrike #GlobalClimateStrike #ClimateStrikeCheltenham #CheltenhamClimateStrike
So much fun at the Inflatable 5k with these misfits! We discovered a new technique, instead of walk/run it’s walk/bounce! @themajikelone @sigkanners @calftmval @original_verity @arpeggiocreative #inflatable5k #inflatable5kcheltenham #cheltenhaminflatable5k @ukrunningevents #LifeIsMoreFunWithInflatables
My first harvest! 🌱 🥔 🍟
Love my new tee!!! I’ve been waiting for this 😍😍 the new tee from @upshotbanduk with art from @mxmorggo 💜💜💜 #BandTee #BandTees #UpShotBandUK #CheltenhamMusic #SupportYourLocalMusicScene #SupportIndependantArtists #Art #Skeleton #Raccoon #RaccoonArt #Grunge #GrungeFashion
Taking some time away from social media - apologies if I don’t respond to any comments or messages. I’m need of some self care right now! Love this graphic from @stacieswift - this will basically be me for the next couple of weeks!