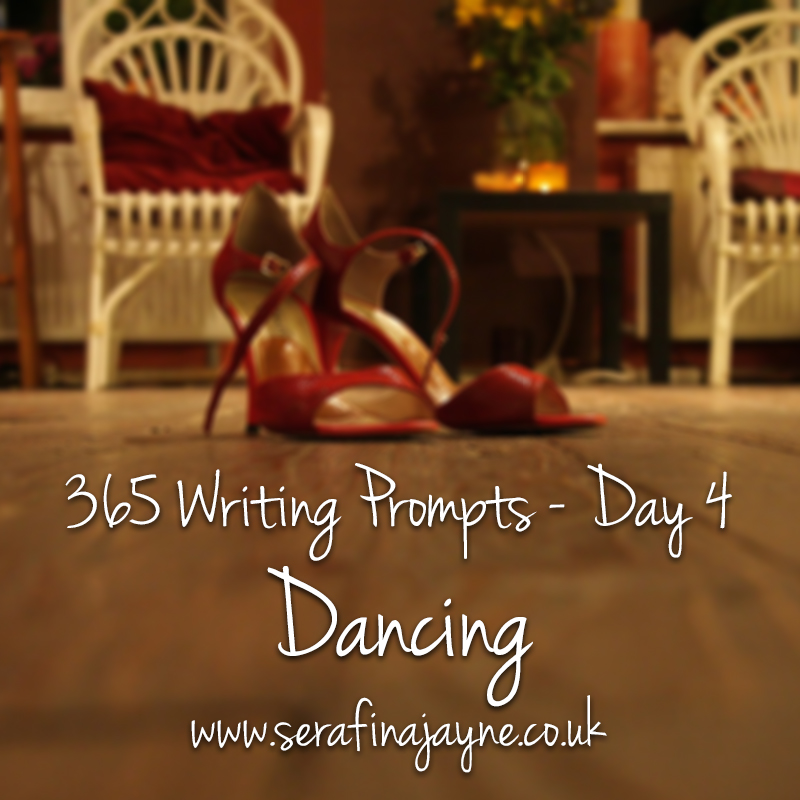 Dancing: Who’s dancing and why are they tapping those toes?

Letting out a sigh, she lowered herself into the chair, her body stiff and aching. Her dancing shoes in the middle of the floor, left where the young nurse had removed them. As moulded to her as they were, they looked alien now, they were not the part of her they used to be.

The red leather had dulled and the scuffs on the toes were showing. Old and worn, just as she herself felt. There was no denying they had led a good life, filled with parties, dances and partners, but they were left alone now, as she was.

Brought out one last time this evening, their final show. She had been led gently around the dance floor by a handsome young man, his arms keeping her steady. In her mind, she was a young woman again, waltzing and twirling, letting the music take her, filled with passion and life.

Now, returned to her room, the shoes were to be wrapped carefully and stored, frozen in time, no longer needed…she had danced her last dance.

My blog post that started my 365 Writing Prompts journey.

10 DAY RUNNING CHALLENGE! Thanks @zakiashahanazhussain for tagging me! For the next 10 days, I’ll share photos that show what running has brought to my life and how much it has taught me 😊 ~ I started running in January 2016 when I joined @cheltenham_running_club as part of the Couch to 5k group. ~ Over the last few years, running has brought me so many amazing things, but the thing that I’m most grateful for is how much it helped me to love myself. I stopped seeing my body through a negative lens and started to appreciate my body and be grateful for it. This turned to love and kindness. And even now I’m no longer running (more on that in later posts) I still carry those feelings of love and acceptance 😊 ~ If running has brought something positive to your life, maybe try the 10 day challenge too! Tag me so I can follow 😊
❤️🧡💛💚💙💜💗
Date night with @themajikelone #DateNight
Great atmosphere at the #ClimateStrike today. So proud of our young people for making their voices heard. It was great to see some local businesses had closed to let employees join the strike, a shame that more didn’t follow suit. #climatestrikecheltenham
🌍 #ClimateStrike #GlobalClimateStrike #ClimateStrikeCheltenham #CheltenhamClimateStrike
So much fun at the Inflatable 5k with these misfits! We discovered a new technique, instead of walk/run it’s walk/bounce! @themajikelone @sigkanners @calftmval @original_verity @arpeggiocreative #inflatable5k #inflatable5kcheltenham #cheltenhaminflatable5k @ukrunningevents #LifeIsMoreFunWithInflatables
My first harvest! 🌱 🥔 🍟
Love my new tee!!! I’ve been waiting for this 😍😍 the new tee from @upshotbanduk with art from @mxmorggo 💜💜💜 #BandTee #BandTees #UpShotBandUK #CheltenhamMusic #SupportYourLocalMusicScene #SupportIndependantArtists #Art #Skeleton #Raccoon #RaccoonArt #Grunge #GrungeFashion
Taking some time away from social media - apologies if I don’t respond to any comments or messages. I’m need of some self care right now! Love this graphic from @stacieswift - this will basically be me for the next couple of weeks!